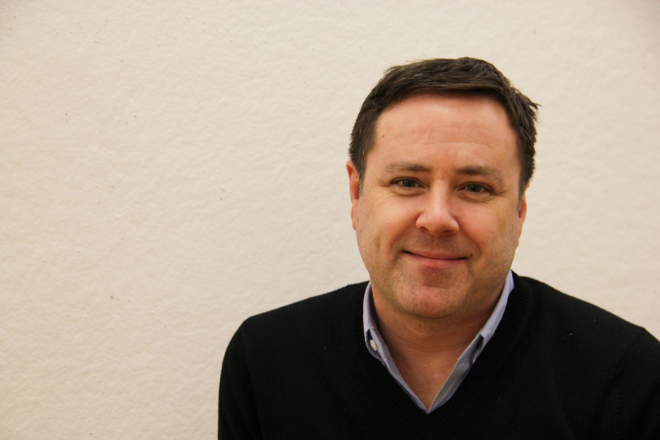 We are pleased to welcome Gregory Wessner, Executive Director of Open House New York (OHNY), to the AAO Board of Directors. A curator and architectural historian, Gregory joined OHNY in 2013. Since then, the organization’s flagship program—OHNY Weekend—has exploded in popularity. OHNY also organizes tours, lectures and other programs year-round, and under Gregory’s leadership OHNY has evolved into a platform for exploring and discussing New York’s built environment—everything from iconic buildings to public spaces, even citywide systems that sometimes go unseen or unappreciated. Read more about his work and vision for AAO below.

1. For our members who haven't met you, please briefly describe yourself.

I have been working in the world of architecture programming for my entire career, which started in the early 1990s when my first job out of college was as an assistant at The Architectural League of New York. I vividly remember my first interview at the League and thinking afterwards that I had found the place for me, which was sort of odd, because, at the time, I hadn’t realized that organizations like the League even existed or that one could have a job organizing programs about architecture! I had assumed that I would eventually go back to school to study architecture, but I learned pretty quickly that I was better suited to cultural programming than to design practice, and that’s what I’ve been doing since. I stayed at the League for the better part of twenty years, though I had some detours in the middle that took me to a few other organizations for a couple of years. I have been executive director of Open House New York for over six years now.

2. As a way to get to know you, what are you working on now or what recent projects would you like to share with our readers?

When Open House New York first started in the early 2000s, it mainly existed to organize the annual OHNY Weekend, which is a citywide festival of architecture and urban design that opens hundreds of buildings over the course of a single weekend for public tours and talks. When I arrived at Open House, I was awed by how expansive its reach had become in its first ten years…OHNY Weekend now draws more than 80,000 visitors and has a team of about 1,400 registered volunteers. And this audience is a genuine cross-section of New Yorkers who love architecture and want to know more about their city. So we’ve taken that as an opportunity to expand the kind of programming we present beyond OHNY Weekend, to use the organization as a platform for opening up conversations about the future of the city. I think the part of this that excites me most is our Urban Systems series, which devotes an entire year’s worth of tours and public programs to a single theme. We just wrapped up the latest, which was called “Spaces of Justice” and looked at the architecture and infrastructure of New York’s criminal justice system in light of the debates about the future of Rikers Island. The series had some of the most powerful moments I’ve ever experienced in my work, and was for me just the best example of how our work really can make a difference.

3. Tell us about the skills and expertise that you bring to the AAO Board.

I have always worked in small organizations, which we all know means that you do a little bit of everything. Small nonprofits are the absolute best training grounds for pretty much anything because out of necessity you have to wear so many different hats. And in my personal journey, I sort of always knew that I wanted to eventually be an executive director, so I was intentional–to the degree that I could be–of trying my hand in all different areas of the organizations at which I was working. So after starting as an admin assistant I gravitated towards development and special events planning, before eventually moving into programming and curating. I would like to think that I bring the lived experience of how challenging it can be for small nonprofits to keep our organizations healthy and our programming fresh, all while adjusting to a constantly changing world.

4. What excites you most about AAO?

In 2007 when I was still at the Architectural League, I had the privilege of organizing a conference for the League’s 125th anniversary that brought together representatives of architecture organizations from all over the country–for what we think was the first time–to talk about the work we were all doing. It was at that conference that Lynn Osmond made the pitch for AAO, which she and the Chicago Architecture Foundation (as it was then known) had already started developing. I remember at that conference asking a question along the lines of, "how would our cities would be better off if every city had an architecture center or comparable organization that was providing quality architecture programming?" And in the time since, it has been amazing to see how much the field has grown, to see how many architecture centers have been founded and how much more programming is being developed around the country. The issues that our cities are facing have so much to do with the built environment–it makes our work more important than ever and we all need to be as strategic and effective as possible. That’s what AAO is here to help with.

5. What impact do you hope to see AAO achieve by the end of your board term?

The need for more education, more engagement, more debate about how we design and build our communities is only going to get more critical in the future. And that is going to require more qualified professionals–supported by healthy, innovative organizations–who can create the lectures and exhibitions and books and tours that will make that education possible. I think the work that AAO is doing to support this community is vitally important. Compared to the visual arts or other cultural disciplines, the community of architecture programmers is relatively small, so whatever AAO can do to provide training and support and help grow this field will be a huge contribution to the future of our cities.

Curated by @_Beatrice Galilee in collaboration with the @Guggenheim, @TheWrldAround Summit returns on Sat 1/30 to b… https://t.co/GbMLyqE4j7
January 12
RT @CenterForArch: Join us 1/14 for insights into the role race plays in senior housing in NYC (and beyond). Is not-for-profit or qual… https://t.co/Q0pAYKQaSM
January 12