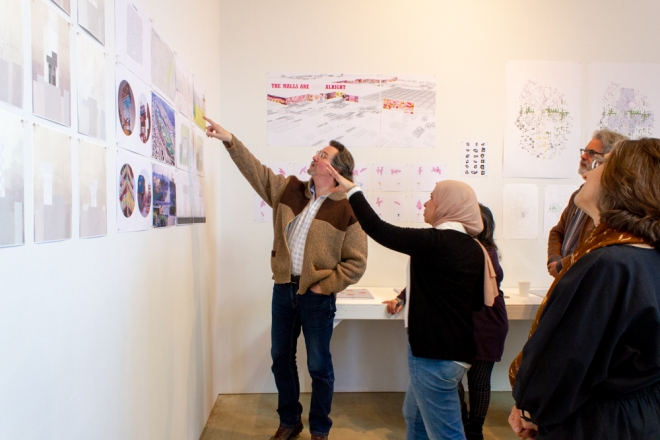 Art Omi is pleased to announce the ten 2020 architects selected for the 2020 Art Omi: Architecture residency. Now in its fourth year, the Art Omi: Architecture residency is the first and only of its kind in the United States, inviting ten early- to mid-career architects from around the world to develop work during a two-week residency at Art Omi in Ghent, New York. Described as “one of the world’s most inspiring design residencies,” by Artsy, alumni include architects from over ten countries.

The ten architects selected for the 2020 cohort were chosen through a competitive juried process, and work on an array of scales and interests, including art, technology, design and urbanism. During their residency in February and March, they will have the opportunity to experiment, innovate, and brainstorm with peers in a studio think-tank setting.

The residency culminates with the annual Architecture Review on Saturday, March 7 at Art Omi. Led by Guest Architecture Critic Cathleen McGuigan, editor-in-chief of Architectural Record, the architects-in-residence pin-up and share the work that they have accomplished over the preceding two weeks. The public is invited to observe this critic-led conversation, and to learn about the early stages of the thinking and design process of making architecture.

Cathleen McGuigan is editor-in-chief of Architectural Record, the nation’s leading architecture publication for 125 years. Under her leadership, Record has won the Grand Neal award, the top American Business Media award for overall excellence, among numerous other editorial awards. A former architecture critic and arts editor of Newsweek, McGuigan has a BA from Brown University and was awarded a Loeb Fellowship at the Graduate School of Design at Harvard. She has taught at Columbia University’s Graduate School of Journalism and has been a Poynter Fellow at Yale. Her articles have appeared in such publications as The New York Times Magazine, Smithsonian, and Rolling Stone. She sits on the board of trustees of the Skyscraper Museum and the Center for Architecture in New York and is on the advisory council of the Beverly Willis Architecture Foundation.

Art Omi: Architecture facilitates projects by architects which explore the intersection of architecture, art. This unique program offers architects 60 acres of the Art Omi Sculpture & Architecture Park to cultivate the production of physical structures such as pavilions, installations, landscape interventions, and constructed environments designed by architects. In addition, the program brings curated exhibitions to its facilities in a landscaped setting and organizes in New York City an architecture-related annual event. Since January 2016, Manhattan-based architect Warren James has served as Director of Art Omi: Architecture.

Art Omi is a not-for-profit arts center with a 120-acre sculpture and architecture park and gallery, residency programs for international artists, writers, translators, musicians, architects and dancers. Art Omi believes that exposure to internationally diverse creative voices fosters tolerance and respect, raises awareness, inspires innovation, and ignites change. By forming community with creative expression as its common denominator, Art Omi creates a sanctuary for the artistic community and the public to affirm the transformative quality of art.