Home  >  News  >  The Opening of the Chicago Architecture Center

The Opening of the Chicago Architecture Center 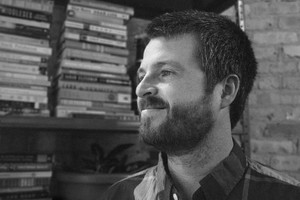 Ian Spula, Program Operations Specialist at the CAC and a freelance journalist writing on architecture and urban design for publications including Chicago magazine, The Architect's Newspaper, and The Spaces, reports for AAO members. 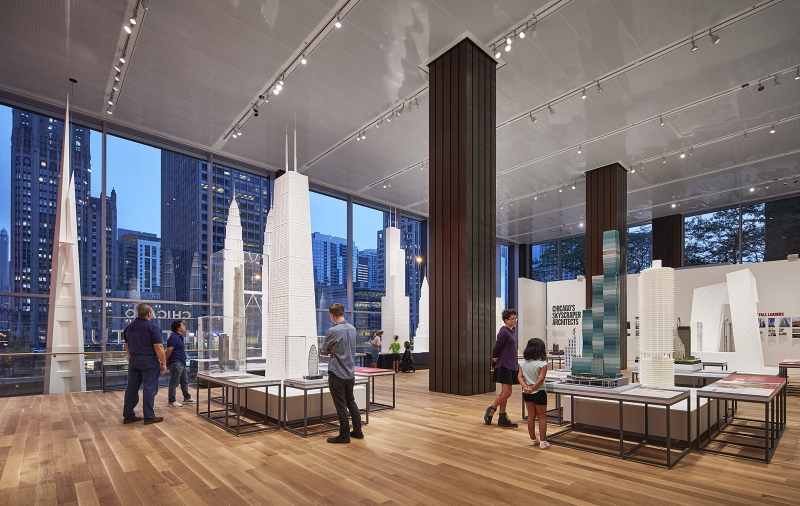 The Skyscraper Gallery at the new Chicago Architecture Center.
The storied 50-year history of the Chicago Architecture Foundation—long regarded as a global leader in architectural tours, design education, and, more recently, as a successful franchise in the Open House Worldwide movement—started a new chapter on August 31 when the Chicago Architecture Center officially opened to public visitors. The organization’s new 20,000-square foot headquarters takes up residence in the last building by the Office of Mies van der Rohe at the intersection of tony Michigan Avenue and the Chicago River. The location couldn’t be more ideal, situated just steps from the dock to the organization’s Chicago Architecture Foundation Center River Cruise Aboard Chicago’s First Lady and with postcard views of local treasures likes the Wrigley Building, Tribune Tower, and John Hancock Center (now 875 North Michigan Ave).
The new Center spans two floors. A concourse level contains a box office, retail store, tour orientation space, and the Chicago Gallery. The 2,300 square foot gallery is home to an expanded Chicago City Model, complete with projection mapping interactives and rotating exhibits on the city’s neighborhoods and current projects about town. The second level is anchored by the 3,600 square foot Skyscraper Gallery charting innovations in tall building design with the aid of two dozen scale building models. A state-of-the-art lecture hall, design studio, and smaller temporary gallery round out the facility.

An introductory film to Chicago architecture plays behind an expanded City Model in the Chicago Gallery.
The Center captures found space in a highly trafficked part of town, with the concourse replacing a chain restaurant and upper floor enclosing what was once a 26-foot high outdoor plaza at the base of the office tower. The Center inked a 50-year lease and enlisted Adrian Smith + Gordon Gill Architecture for the custom build-out. 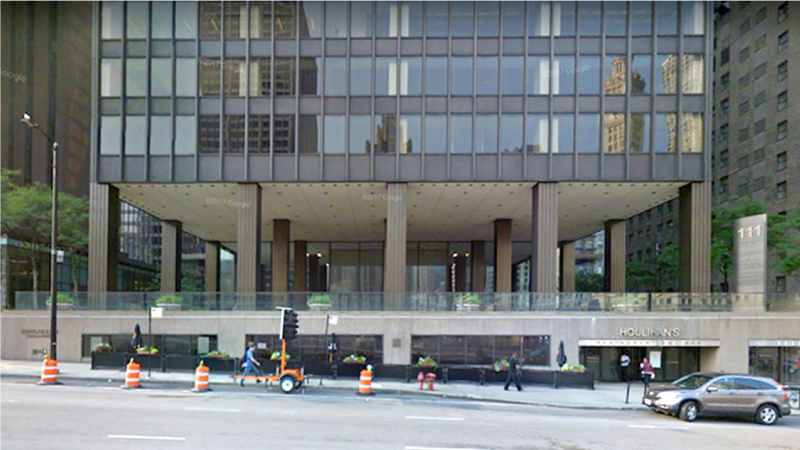 111 East Wacker Drive, prior to construction of the Chicago Architecture Center.
While the Center is too new to draw lasting impressions or share lessons learned, there are a few observations that speak to our new positioning. First of all, the new facilities offer major upgrades in technology, fit, and finish. And we have adopted a broad-minded outlook, evidenced by the importing of models from top practitioners around the globe, the displaying of Chicago-designed buildings delivered on other continents, and a temporary gallery focusing on our rapidly urbanizing planet. In this way, the Center is a worthy starting place for exploration of Chicago’s impressive architectural legacy, and a true international home for design. 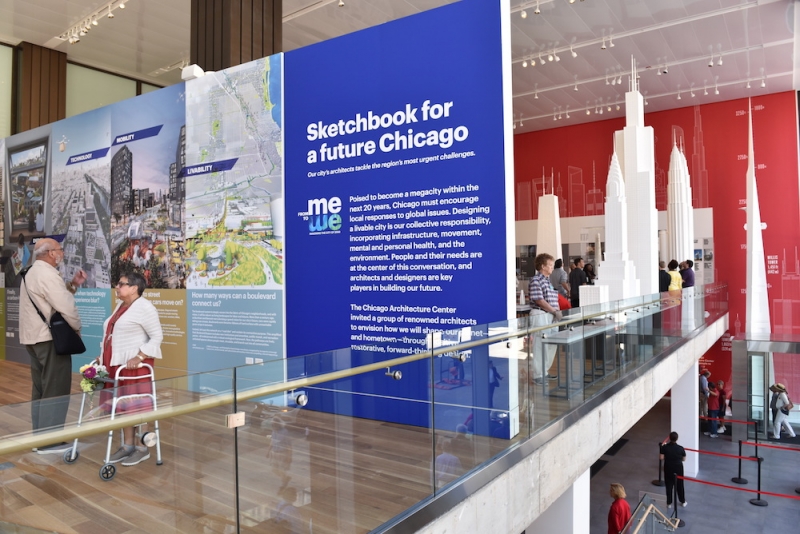 A view of the rotating exhibition space with Skyscraper Gallery in the background.
Nearly 8,000 visitors came to the Center over its grand opening week that spanned the Labor Day holiday. An all ages crowd came to enjoy the experience, whether they were looking for topics of deeper study or Instagrammable moments with the scale models. Public programs in the lecture hall began in earnest in late September with an inaugural lecture by Tod Williams and Billie Tsien sharing the latest designs for the forthcoming Obama Presidential Center on Chicago’s South Side. 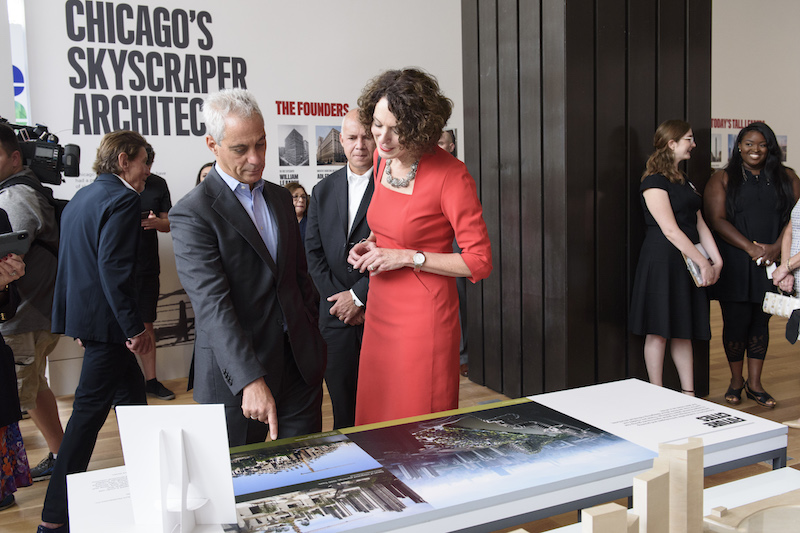 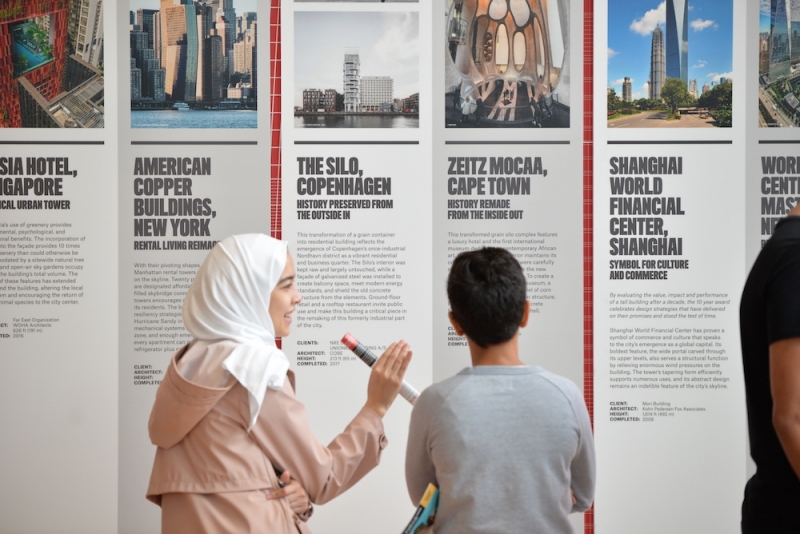 Chicago-based Council on Tall Buildings and Urban Habitat's (CTBUH) is a close collaborator on the Skyscraper Gallery. Guests view an area devoted to the CTBUH 2018 Award Winners.