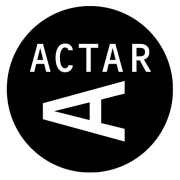 Actar also participates in publishing and distributing the periodicals New Geographies, Ness, and Cornell Journal of Architecture documenting issues overlooked yet central to our cultural milieu. These publications have evolved out of the new disciplinary territory at the intersection of architecture, landscape, environment, and digital culture.

Since 2015, Actar’s new digital platform urbanNext has shaped and expanded architecture and design practices to rethink cities. Through it, Actar is producing new tools for its global dissemination with new impulses, new proposals, and new goals to expand architecture publishing. As an example of this very successful symbiosis between printed and digital contents, we have partnered with the first Seoul Biennale of Architecture and Urbanism 2017 “Imminent Commons,” which has resulted in the publication of four books as well as a vast amount of videos, essays and projects available at https://urbannext.net/tag/seoul-biennale-2017/.