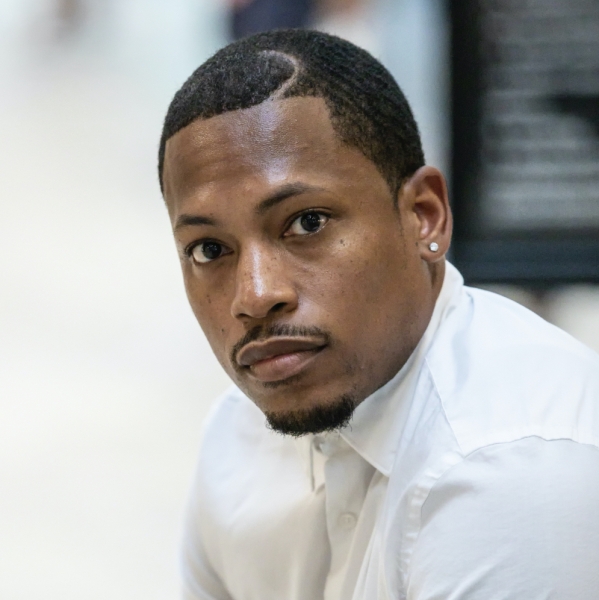 Born in Chicago, IL Germane Barnes received a Bachelor's of Science in Architecture from the University of Illinois at Urbana-Champaign and a Master of Architecture from Woodbury University where he was awarded the Thesis Prize for his project Symbiotic Territories: Architectural Investigations of Race, Identity, and Community. He believes strongly in design as a process, and approaches each condition imposed on a project as an opportunity rather than a constraint. Architecture presents opportunities for transformation – materially, conceptually, and sociologically.

Currently he is an Assistant Professor and the Director of The Community Housing & Identity Lab (CHIL) at the University of Miami School of Architecture, a testing ground for the physical and theoretical investigations of architecture’s social and political resiliency. His work has been published by or appeared at The Museum of Modern Art, The Graham Foundation, The New York Times, Architect Magazine, DesignMIAMI/Art Basel, The Swiss Institute, Metropolis Magazine, Curbed, and The National Museum of African American History & Culture where he was identified as one of the future designers on the rise. 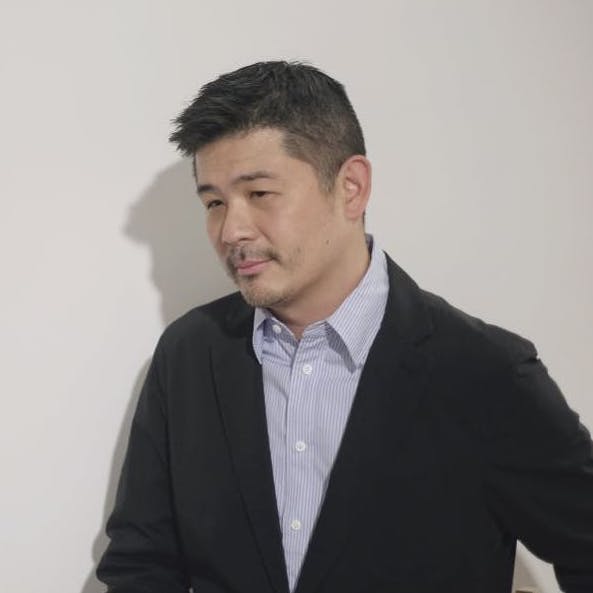 Currently, Aric Chen is based in Shanghai as the professor and founding Director of the Curatorial Lab at the College of Design & Innovation at Tongji University. He will be moving to Rotterdam in September 2021 to assume the role of General and Artistic Director at the Het Nieuwe Instituut ("The New Institute"). Full bio

Aric Chen was born and raised in Chicago, IL before his curatorial practices took him around the globe. Chen received his BA in Architecture and BA in Anthropology from the University of California, Berkeley, and received an MA in History of Decorative Arts and Design from Cooper-Hewitt Smithsonian Design Museum and Parsons School of Design.

In addition to leading the Curatorial Lab in Shanghai, Chen has also served as the Curatorial Director at the Design Miami fairs in Basel and Miami, Lead Curator and Curator at Large at M+, and several other exhibition programs. 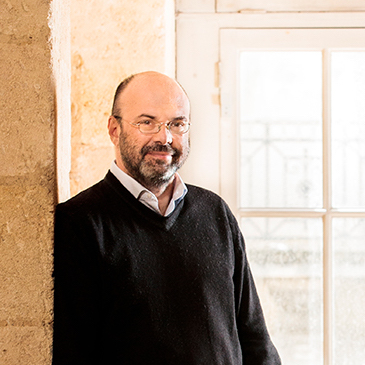 Fabrizio Gallanti is the director of arc en rêve centre d’architecture, in Bordeaux. He holds a PhD in architectural design from the Politecnico di Torino (2001) and a M.Arch from the University of Genoa (1995). He was the first Senior Mellon Fellow at Princeton University in 2014. Since 2014 he has been a visiting professor at the Architectural Association, London within the Master in History and Critical Thinking program. Full bio

In 2003, together with Francisca Insulza, Gallanti founded the Montréal-based architectural research studio FIG Projects (2003-present), which has curated international exhibitions, such as “The World in our Eyes” for the 2016 Lisbon Architecture Triennale and edited journals such as Harvard Design Magazine “No Sweat’ in 2018. 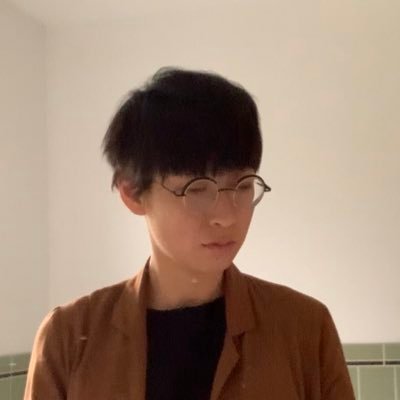 Jia Yi Gu is an architectural historian, curator, and designer who works on, thinks about, and occasionally writes about institutional spaces, ethics of care, and media-based practices in architecture. Full bio

Maya Bird-Murphy has been a designer at several award-winning Chicago architecture firms. While working full time and completing her master’s, she founded Chicago Mobile Makers, a non-profit bringing design focused skill-building workshops to underrepresented communities. Maya is a former Design+Diversity Fellow and a past recipient of AIA National’s Jason Pettigrew Memorial ARE Scholarship recognizing significant contributions from emerging professionals in the field.

Dirk Denison is a Professor of Architecture at Illinois Institute of Technology, an award-winning architect, longtime educator, and a dedicated supporter of the arts. His nationally recognized firm, Dirk Denison Architects, has developed its own modernist vocabulary in multiple scales of built works from New York to California, with a particular expertise in housing, community-based design, and campus planning. As Director of the Mies Crown Hall Americas Prize, he has convened and moderated events, workshops, and publications that feature a global network of collaborating practitioners, clients, writers and theorists, and civic leaders from throughout the Americas. His first monograph, Dirk Denison 10 Houses, was published by Actar in December 2018.

Marwa El Mubark is an Architect and design critic working in London. She is a studio tutor at the Kingston School of Art, and is interested in raising the cultural visibility and influence of design criticism through research, writing and built work. After joining the inaugural cohort of New Architecture Writers, she co-founded Afterparti, a London-based collective that creates and champions platforms for underrepresented voices in architecture and design.

Molly Fulghum Heintz is the Program Chair of the School of Visual Arts MA Design Research program and the editor in chief of Oculus, the quarterly magazine of the New York chapter of The American Institute of Architects. She is a co-founder of the editorial consultancy Superscript and has served as the firm’s managing director since 2012. With Superscript, she has collaborated on strategy, research, and writing projects for a range of design organizations and institutions, including Pentagram, the Museum of Modern Art, and Rockwell Group, in addition to producing conversation series for the Museum of Arts and Design, the Venice Architectural Biennale, and the Oslo Architecture Triennial. Her current research focuses on design and disinformation, and she presented a related paper, “The Role of Design in the Creation of Fake News,” at the 2018 College Art Association Conference in Los Angeles.

The SVA MA in Design Research, Writing, and Criticism is a highly focused one-year program providing intensive instruction in the tools and techniques for researching, analyzing, and interpreting design, and its cultural and environmental implications. It aims to generate provocative new thinking about design and to help shape the ways in which design is engendered, presented, and evaluated. SVA’s approach doesn’t just consider designed products or buildings, but also the infrastructure that connects them, the policy that shapes them, and what happens after a design is brought into the world.

Alexis Mason is a native of Atlanta, Georgia and lives in Charlottesville, Virginia with her husband and three children. She is a 25-year veteran educator who has worked in PK-12 and higher education organizations. She currently serves as an Instructional Coach for Charlottesville High School and is passionate about supporting young people to maximize their strengths and become their own advocates. Alexis serves on several advisory boards and committees focused on educational equity, access, opportunity, and relishes opportunities to strengthen educators’ capacity to teach local and marginalized histories through a culturally responsive lens. She enjoys spending time with her family, volunteering in the community, and mentoring youth.

Mariana Mogilevich is editor in chief of Urban Omnibus, a publication of The Architectural League of New York, where she has edited the special series “The Location of Justice and Cleaning Up?” and has commissioned over 200 editorial features from artists, designers, scholars, and writers. Mogilevich’s writing has appeared in publications including The Guardian, Public Books, Praxis, Future Anterior, and in edited volumes and exhibition catalogues. Her book "The Invention of Public Space: Designing for Inclusion in Lindsay’s New York" (University of Minnesota Press, 2020) received a 2021 JB Jackson Book Prize from the Foundation for Landscape Studies.

Urban Omnibus, in partnership with the Urban Design Forum, is establishing the New City Critics Fellowship, a two-year fellowship program supporting the creative and professional development of four emerging writers of color, photographers, videographers, and producers through commissions, mentorship, reading sessions, and guest lectures. Fellows emerge equipped with new skills, a portfolio of potent projects, and a meaningful network of mentors and employers.

Quilian Riano is an architectural and urban designer and the Assistant Dean of the Pratt School of Architecture in Brooklyn, New York. Prior to this, he served as the Associate Director of Kent State University's Cleveland Urban Design Collaborative (CUDC), where he provided strategy and design coordination for the CUDC’s urban design, applied research, publication, and academic activities. Quilian has worked in and with public institutions, such as New York City’s Department of Design and Construction as a lead design strategist and the National Park Service as an urban design consultant. Quilian is also the founder and lead designer of DSGN AGNC, a design studio exploring new forms of political design, processes, and engagements through architecture, urbanism, landscapes, and art.

In partnership with The Architect’s Newspaper, Pratt has created New Voices in Architectural Journalism, a fellowship initiative aiming to foster fresh perspectives, celebrate emerging design critics, and amplify marginalized voices. Over the course of an academic year, three New Voices fellows receive support in a variety of areas relating to the crafting of design-focused journalism, including research, narrative development, journalistic prose, and editorial processes. Each fellow will publish two original articles in The Architect’s Newspaper (one per semester).

Florencia Rodriguez is an architect, critic, curator, and lecturer. She is one of the founders of Lots of architecture publishers, where she acts as Chair and Editor in Chief. In 2010, Florencia founded PLOT, one of the ongoing leading publications in Spanish. In 2013 she received the Loeb Fellowship from the Harvard Graduate School of Design. She has taught Theory at Torcuato Di Tella University in Argentina, and has taught isolated courses in other institutions abroad. She has received awards for her editorial work and acted as juror in various opportunities among which the Mies Crown Hall Americas Prize (MCHAP) stands out.

Mimi Zeiger is a Los Angeles-based critic, editor, and curator. She was co-curator of the U.S. Pavilion for the 2018 Venice Architecture Biennale, curator of Soft Schindler at the MAK Center for Art and Architecture, and co-curator of the 2020-2021 Exhibit Columbus entitled New Middles: From Main Street to Megalopolis, What is the Future of the Middle City?

She has written for the New York Times, the Los Angeles Times, Architectural Review, Metropolis, and Architect. She is an opinion columnist for Dezeen and former West Coast Editor of The Architects Newspaper. Zeiger is the 2015 recipient of the Bradford Williams Medal for excellence in writing about landscape architecture.

Zeiger is author of New Museums, Tiny Houses, Micro Green: Tiny Houses in Nature, and Tiny Houses in the City. In 1997, Zeiger founded loud paper, an influential zine and digital publication dedicated to increasing the volume of architectural discourse.

She has curated, contributed to, and collaborated on projects that have been shown at the Art Institute Chicago, 2012 Venice Architecture Biennale, the New Museum, Storefront for Art and Architecture, pinkcomma gallery, and the AA School. She co-curated Now, There: Scenes from the Post-Geographic City, which received the Bronze Dragon award at the 2015 Bi-City Biennale of Urbanism\Architecture, Shenzhen.

She is visiting faculty at the Southern California Institute of Architecture (SCI-Arc) and teaches in the Media Design Practices MFA program at Art Center College of Design. She was co-president of the Los Angeles Forum for Architecture and Urban Design and taught at the School of Visual Art, Art Center, Parsons New School of Design, and the California College of the Arts (CCA).